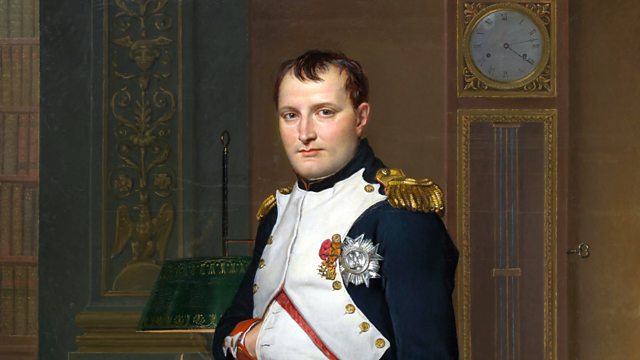 Napoleon: From empire to exile

The story of how an average-sized artillery officer from a small Mediterranean island came to dominate revolutionary France and become the international celebrity of his age is an extraordinary one. Born on Corsica in 1769, Napoleon Bonaparte appeared to avoid engaging with the military career for which he was destined. And yet within a decade, his ambition, ego and enormous talent for self-promotion propelled him to the rank of general and eventually the highest office in France.

At the beginning of the 19th century Napoleon’s rise appeared unstoppable. He was declared First Consul for life, then crowned himself Emperor of the French. He brought a period of much-needed stability to France and codified laws and systems which exist to this day. When his wife Joséphine was unable to give him a child, he divorced her and cemented an alliance with Austria’s imperial family. At its height, the Napoleonic empire stretched across most of Western Europe and numbered 40 million people. But his continuing thirst for power also sowed the seeds of his downfall.

Photo: Jacques-Louis David painting 'The Emperor Napoleon in His Study at the Tuileries', 1812 (VCG Wilson/Corbis via Getty Images)

Twenty Thousand Leagues under the Seas