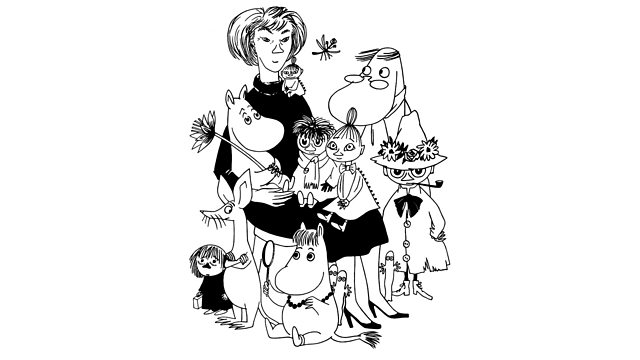 The life and work of Tove Jansson, Finnish–Swedish author and illustrator of the Moomins. Presented by Rajan Datar. From 2019.

Tove Jansson was a Finnish-Swedish author and illustrator best known for her children's books about the Moomins.

These white, hippo-like characters live in the imaginary world of Moominvalley where they subtly challenge social norms and utter philosophical statements such as "I knew nothing, but I believed a lot."

While the Moomins brought Jansson worldwide fame in the 20th century, she was also a painter, an accomplished novelist and a political cartoonist who took risks poking fun at Hitler. Her work often mirrored her private life in which she defied stereotypes of the time by working and earning money for her family, travelling alone, and having relationships with both men and women.

Joining Rajan Datar to discuss the life and works of Tove Jansson are her niece, Sophia Jansson; Boel Westin - a professor of children's literature from Stockholm University and the author of the authorised biography of Tove's life called Life, Art, Words; and British children's author Philip Ardagh, author of The World of Moominvalley.

Plus Mayumi Tomihara - an expert on Tove Jansson from Tokyo's Sacred Heart University who has translated many of Tove's adult novels into Japanese.

First broadcast on the BBC World Service in March 2019.