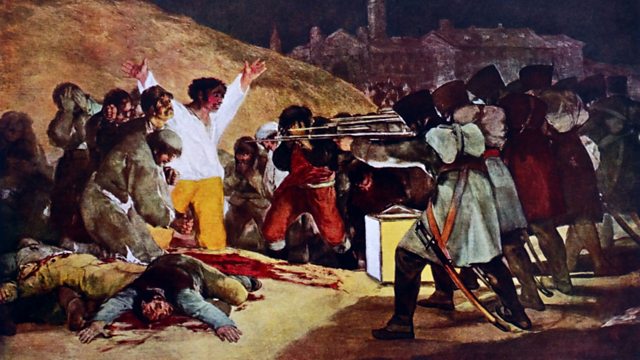 The late 18th Century Spanish artist Francisco Goya became court painter to the King and was not afraid to shock with his depictions of corruption and suffering in society.

The 18th Century Spanish artist Francisco José de Goya y Lucientes has been called the “most radical artist that ever lived”. He was not afraid to shock with his depictions of the darkest sides of human nature, and his work still shocks us today. Goya rose from humble beginnings to become the official court painter to the kings of Spain. But while he created dazzling portraits of royals and aristocrats, his personal vision was filled with madmen, witches, beggars, and fantastical creatures of the night. His years in the Spanish court coincided with one of the most turbulent times in the country’s history, and his graphic images of war and suffering reveal a compulsion to make art that changed the way we think about the world.

(Photo: The Third of May by Francisco Goya. Credit: UIG/Getty Images)

Antigone: A drama of defiance

The Heel and the Sneaker