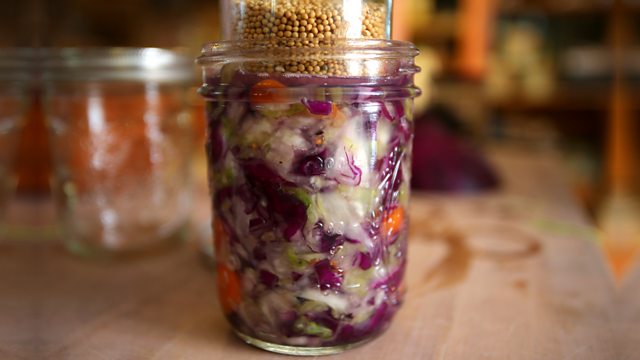 Whether it’s kimchi, kombucha, kefir or kraut, fermented foods are today all the rage. And yet people have been fermenting food and beverages for thousands of years – to preserve food stuffs, to break down toxins, to mark rituals and to enhance flavour.

Without knowledge of the science, local communities practised fermentation instinctively, through trial and error and by careful observation. In the 18th and 19th centuries, scientists argued over why foods fermented as they did. Many believed in the theory of ‘spontaneous generation’. But it was not until the discoveries of Louis Pasteur that the micro-organisms at work in food which bring about fermentation began to be understood. Ironically, Pasteur’s research led to a widespread preoccupation with killing the very bacteria that aid fermentation – combined with the growth of food production on an industrial scale.

More recently, fermented food and drink has been marketed for its health benefits, with claims it can enhance the bacteria in our intestinal tracts, boost our immune systems and even lower the risk of contracting some serious diseases.

Rajan Datar attempts to separate fact from fiction, with the help of three experts: the American fermentation revivalist Sandor Katz, Danish microbiologist Dennis Sandris Nielsen and the chef and food writer Olia Hercules, who’ll be demonstrating how to make a simple fermented recipe.

Photo: Sauerkraut being made in a jar (Lane Turner/The Boston Globe via Getty Images)

The Emergence of Modern Turkey

The Master and Margarita: Devilish satire