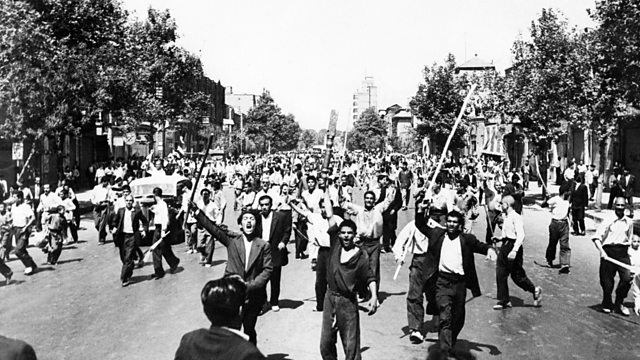 The Iranian Coup of 1953: Overthrow of a Prime Minister

In 1953 Iran’s democratically elected Prime Minister Mohammad Mossadeq was overthrown in a coup. It was billed as a popular uprising in support of Shah Mohammad Reza Pahlavi, yet behind the scenes were the British and American intelligence services. Mossadeq had swept to power only two years earlier promising to nationalise Iran’s vast oil reserves, but this, along with an apparent Communist threat, worried the two western governments whose post-war economies relied heavily on access to Iranian oil. Rajan Datar discusses the coup with Iran scholar Ervand Abrahamian, professor of modern Iranian history at St Andrews University Ali Ansari and journalist and author Azadeh Moaveni.

Diaghilev and the ballet revolution