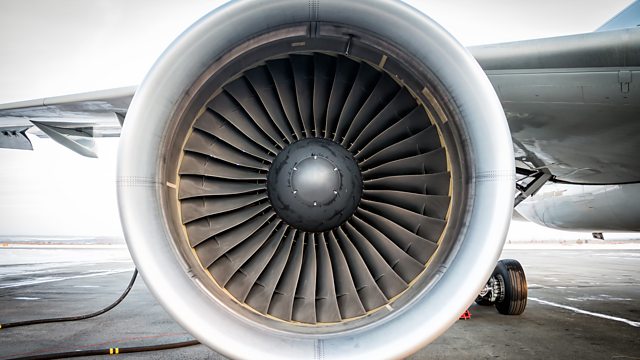 Quentin Cooper and guests follow the history of the jet engine from its origins to the 1960s.

Quentin Cooper and guests follow the twists and turns of jet engine development: from its 1930s origins and the often highly dangerous early fighters in World War 2, through Korea, Vietnam and the Cold War, to the much more reliable modern incarnations which now take us all over the world.
Just three decades after the first airplane took off, the emerging aero industry was already stalling. There were limits to how big propeller-driven aircraft could get. How fast they could go. And how far. For the air age to truly take off it needed a new kind of propulsion: the jet engine.
With Professor of the History of Industry and Technology at Rutgers University Philip Scranton; historian Hermione Giffard, author of Making Jet Engines in World War II; and former head of the Aircraft Collection at the Deutsches Museum in Munich Walter Rathjen.

Frida Kahlo: A life in colour