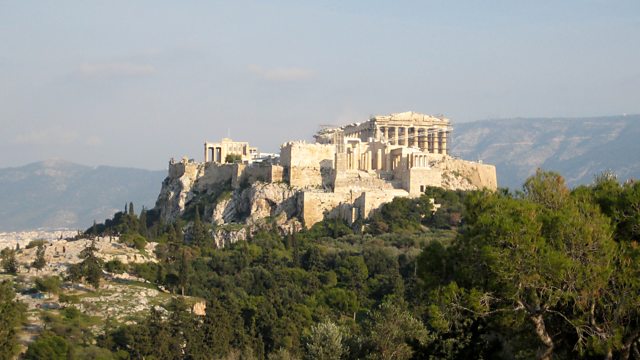 The Acropolis: Cradle of democracy

How democracy was born on the site of the Acropolis in Athens. Joining Rajan Datar are Paul Cartledge, Andronike Makres and Demetrios Papageorgiou.

The Acropolis of Athens, with its crowning glory the Parthenon and its massive marble pillars, is one of the most recognisable sites in the world.

In the 5th and 6th century BCE, it was where the concept of democracy – rule by the people – first developed, where modern- day theatre was born, and it gave the West the foundation of its politics, philosophy and history.

But the Acropolis is also, like our humanity, a place of constant struggle and contradiction, from the pride and ambition of the ancient Athenians that led to its destruction, to its current status as a symbol of the Greek state.

Joining Rajan Datar to look at the history and meaning of the Acropolis is Paul Cartledge, Emeritus Professor of Greek culture at the University of Cambridge and author of Democracy: A Life; Dr Andronike Makres, co-Director of the Hellenic Education and Research in Athens, and Demetrios Papageorgiou, Professor of Applied Mathematics at Imperial College London.