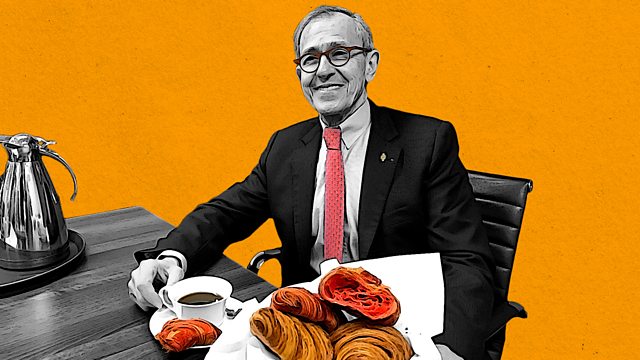 The CEO of Le Cordon Bleu on privilege, French cuisine and kangaroo meat.

André Cointreau had a very privileged start in life, born into two illustrious French drinks dynasties - Cointreau and Rémy Martin. But his decision to buy a food business didn't go down well with the whole family. Unperturbed, he went on to become the chief executive of Le Cordon Bleu, transforming a small Parisian cookery school into a global culinary empire that has trained some of the world's most famous chefs.

In this episode he tells Emily Thomas about his life through five memorable dishes. But despite his company teaching the virtues of classic French cooking techniques there's not a single soufflé to be seen. Instead he takes us all over the rest of the world, from Australian kangaroo meat to Korean kimchi.

Find out what André Cointreau says about Le Cordon Bleu’s eye-watering fees, and why he never gets his hands dirty in the kitchen.

See all clips from André Cointreau: My life in five dishes (2)