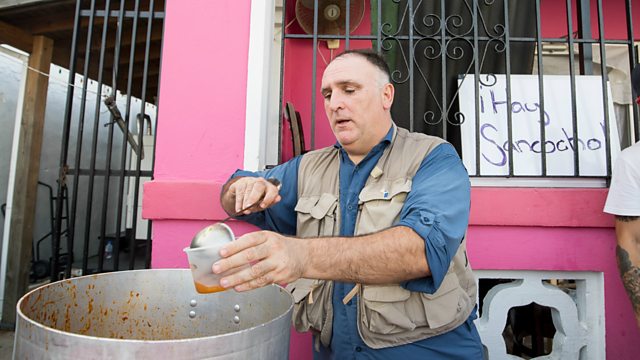 The winner of our 2018 Global Food Champion award.

Meet the Michelin-starred chef who, when he hears word of a natural disaster, jumps on a plane to get there, rolls up his sleeves, and mobilises thousands to feed the hungry. José Andrés is the winner of our 2018 Global Food Champion Award. He is a man with many strings to his bow: Michelin-starred chef, TV personality, educator, serial entrepreneur, author, but it is his humanitarian work and ability to mobilise others in times of need that really won our judges over, after being nominated by our listeners.

Emily Thomas talks to him about the dishes that have defined his life so far, how he managed to make 3.4 million meals for Puerto Ricans in the aftermath of Hurricane Maria, the valuable lessons he learnt from stealing his mother’s béchamel out of the fridge, and why he thinks a humble cook stove has the answer to many of the world’s problems today.

Kelis: My Life in Five Dishes