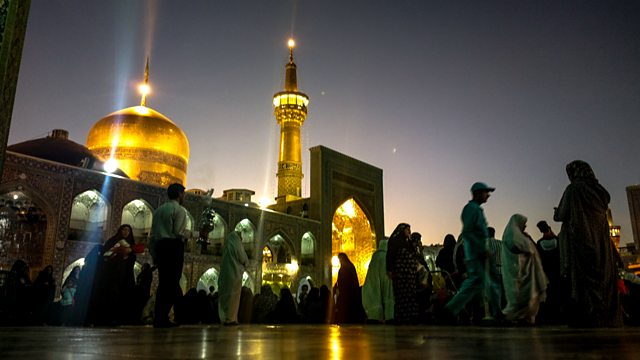 Iran’s holy city of Mashhad is an important pilgrimage destination for Shia Muslims. But it was recently in the news for something quite different. Sex tourism. Sara Irani of BBC Monitoring has been following the story.

Radio messages for prisoners
Around 6,000 Palestinians are currently detained in Israeli jails, and one of the ways they get news from home is through Palestinian radio. Tala Halawa of BBC Monitoring is based in Ramallah and has been listening in.

Brazil's lost museum
Brazil's National Museum in Rio de Janeiro burned down last week, with most of its collection destroyed. We conjure up some of what's been lost through the memories of Brazilians Fernando Duarte, Luis Barrucho and Silvia Salek.

Return to Raqqa
The Syrian city of Raqqa was the de facto capital of so-called Islamic State. It suffered massive destruction when it was recaptured last October, but despite this some families are returning to their ruined homes. Nader Ibrahim of BBC Arabic followed one of them.

My Home Town: Istanbul
We take a trip home with BBC Turkish journalist Öykü Altuntaş to the Beşiktaş district of Istanbul, where east meets west.