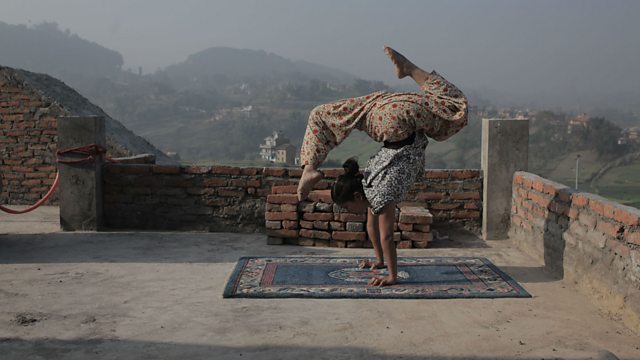 Speaking Up for Survivors through Art

The stories of artists who have been inspired to create work by the stories of victims and survivors of violence and trafficking.

Stories of artists who have been inspired to create work by the survivors and victims of violence and trafficking.

We hear the remarkable tale of Circus Kathmandu, the Nepalese troupe founded by trafficking survivors who now educate children through performance and who are the subjects of a new film "Even When I Fall" directed by Sky Neal and Kate Mclarnon.

The Guyanese artist Akima McPherson reveals why she is giving a voice to survivors of domestic violence through her emotive art installation, Walk with Me.

The acclaimed Colombian sculptor Doris Salcedo has created pieces on the theme of mourning for more than thirty years, from honouring those who died in the on-going migrant crisis to the victims of the civil war which ravaged her home country for over half a century. She reveals how through her latest work she is sharing the stories of survivors of sexual violence.

Plus has a work of art, a play, a book, a film ever changed the way you see the world? The acclaimed writer Louis de Bernieres shares the story of how he was inspired by the epic poem Ithaka.

(Photo: Renu from Circus Kathmandu performs on a Kathmandu rooftop Photo Credit: Tom Swindell / Even When I Fall)