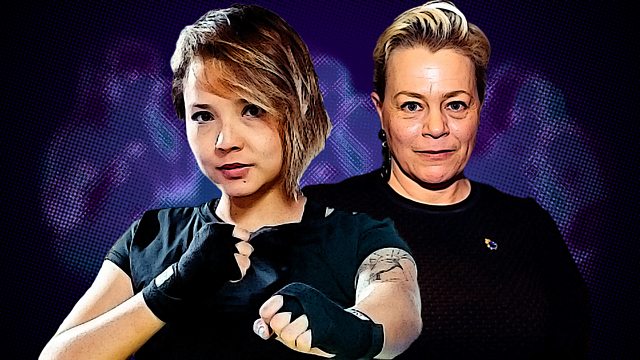 Women and self defence

Empowering women with self-defence skills is the aim of our two guests, who have both adapted traditional martial arts to create classes for women. They tell Celia Hatton about the transformation they see in their students when they first realise their own strength, and the power of self defence to change lives. They also discuss the potential danger of putting the onus on women to deal with violence, rather than tackling the problem of the perpetrators.

Catalina Carmona Balvin runs The School of Self Defence for Women in Bogotá, Colombia, a country which has high levels of street harassment and domestic violence. Catalina teaches a form of Hapkido, a Korean martial art characterized by its emphasis on deflecting an opponent’s attacks instead of on forceful blocking, but she makes sure her classes provide a fun, safe environment, more inspired by salsa dancing than by hard-core, macho moves.

Susie Kahlich runs an organisation in Berlin called Pretty Deadly, which teaches self-defence courses tailored for women. Originally from the US, Susie turned to martial arts after she became a victim of violent crime in Los Angeles nearly 20 years go. Susie invites her students to wear whatever clothes they would usually wear, from long skirts to headscarves, in order to make the moves easily adaptable to everyday scenarios.

See all clips from Women and self defence (2)