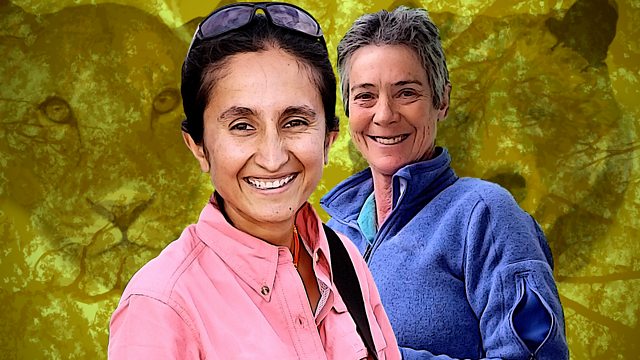 Two women fighting for endangered carnivores in Kenya and the US

Protecting lions in Kenya and grizzly bears in the US - two women tell Kim Chakanetsa about their experiences and achievements in the male-dominated field of wildlife conservation.

When Shivani Bhalla realised that lions - her country's national symbol - were in trouble, she established a project in northern Kenya to protect them. She works with the whole community to prevent lion deaths. This includes the traditional Samburu women, who are leading their own conservation efforts under the title of Mama Simba, which means Mother of Lions.

Louisa Willcox has spent the last three decades battling to protect the grizzly bear population in the US. In 2018 she helped get the bears back onto the endangered species list, meaning that planned trophy hunts on state lands had to be cancelled. There are around 700 grizzlies left in the Greater Yellowstone area, and Louisa says the females count the most, because they hold the key to recovery.

Women and self defence

See all clips from Women saving lions and bears (2)