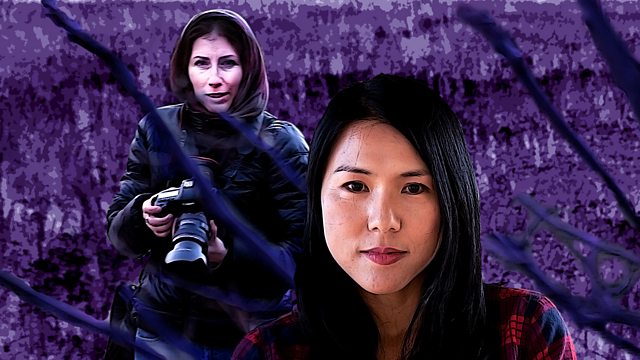 Two women who went undercover to get a powerful story

What is it really like to go undercover as a woman? Our two guests set out to better understand the sex trafficking trade, and to gain deeper insight into life in North Korea. Suki Kim and Mimi Chakarova talk to Kim Chakanetsa about how they did it, and the challenges they faced.

Suki Kim is an investigative journalist and novelist who was born and raised in South Korea. Her bestselling 2014 book, 'Without You, There Is No Us', describes the six months she spent undercover in Pyongyang, teaching the sons of North Korea’s elite at a private university, in the final days of Kim Jong-il’s reign. She says that when the book came out she was surprised by the reaction of her fellow journalists, who chose to focus on what they saw as her 'deception and lies' rather than the unique insights she had gathered on this highly secretive society.

Bulgarian-American photographer and filmmaker Mimi Chakarova posed as a sex worker to investigate how women are trafficked in Europe and the Middle East for her 2011 documentary, 'The Price of Sex'. She says going undercover was terrifying, but it was the only way as a woman she could access brothels and sex clubs. Her brief forays covertly filming in those places gave her some idea of what life was like for the women who had been sold into that world. Mimi's most recent project, Still I Rise, celebrates people who persevere in spite of their struggles.

See all clips from Women undercover (2)