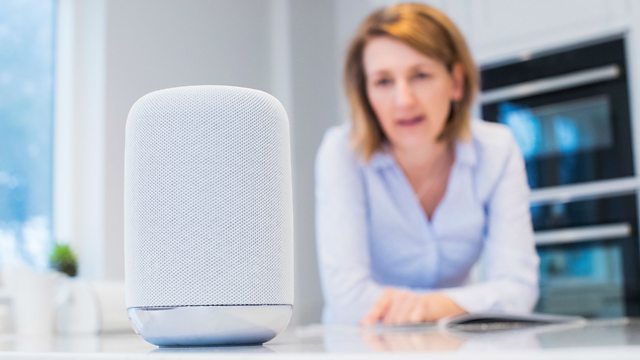 The UK privacy watchdog levies the largest fine it can for the Cambridge Analytica affair. Frederike Kaltheuner from Privacy International tells us why she thinks the data misuse scandal is the tip of an iceberg. Plus, researchers at UCL warn of the potential for smart home devices to be used in domestic abuse. Dr Leonie Tanczer tells us why she's worried. And Rahul Tandon reports from Kolkata on the rush in India to use technology to track schoolchildren for safety reasons. Presented by Rory Cellan-Jones, with BBC tech reporter Chris Foxx, and special guest Annabelle Dickson, political correspondent for Politico Europe.

(Image: Stock photo of a woman in a kitchen interacting with a smart home speaker, Credit: Getty Images).