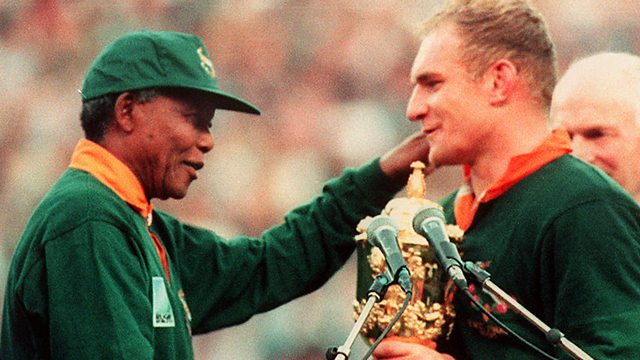 How sporting victory in 1995 helped unite South Africa after apartheid.

In 1995, post-apartheid South Africa hosted, and won, the Rugby World Cup. It was a hugely unifying moment for the country. Hear from Francois Pienaar, captain of the victorious Springboks team about what it meant to him, and to the nation.

Paul Pritchard And The Totem Pole

Why I invented the sports bra