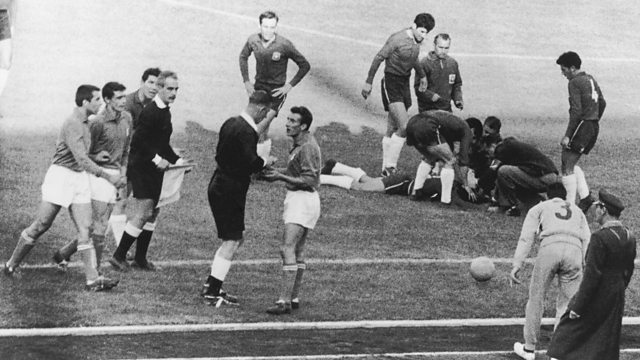 The Battle of Santiago

How Chile and Italy squared off in the World Cup's most notorious match in 1962.

In the latest in a World Cup series, we go back to 1962 and probably the most violent match in the history of the tournament. Described by BBC commentator David Coleman as a "stupid and disgusting exhibition", the confrontation between Chile and Italy was marred by spitting, kicking and punch-ups between the players. It is now known as the Battle of Santiago. Richard Murie talks to the former Chilean defender, Humberto "The Cheetah" Cruz.

(Photo: The aftermath of a heavy challenge in the Battle of Santiago. Credit: Getty Images)

The World Cup's 'Greatest Save'