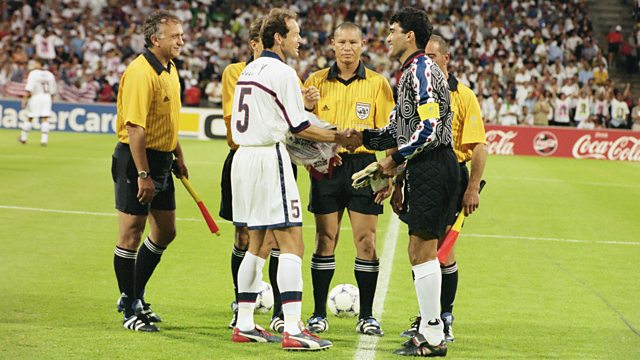 Sporting Witness goes back to 1998 and a politically-charged showdown between the USA and Iran, in the second part of a World Cup series. Despite fears of a diplomatic incident, the match went smoothly, ending with an Iranian victory and warm handshakes between the rival players. Freddy Chick talks to Iranian-born Fifa official, Mehrdad Masoudi, the man in charge of ensuring a football match did not create a diplomatic crisis, and to the US captain, Thomas Dooley.

(Photo: The US and Iranian captains, Thomas Dooley and Ahmadreza Abedzadeh, shake hands before the game. Credit: Getty Images)