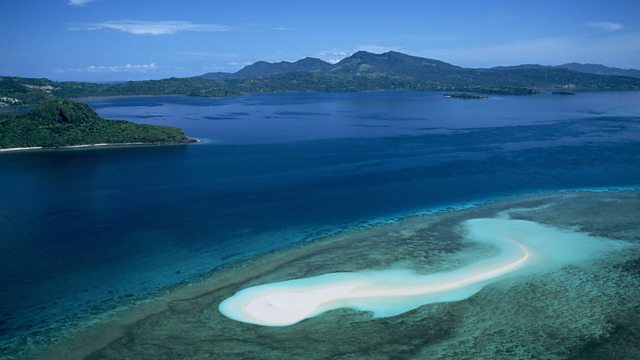 Volcanic activity in the Comoros Islands

Since last May the Comoros islands in the Indian Ocean have been experiencing earthquake tremors and the island of Mayotte has sunk by more than 10cm. French geologists have set up monitoring equipment on land and the seabed to try to assess the extent of the continuing seismic activity.

Our diet influences our language according to a new study on the evolution of the way we bite. Softer foods, eaten more commonly as we developed cooking and agriculture meant our teeth wore in different ways and over time this has led to our ability to pronounce f and v sounds which rely on how we bring our jaws together.

Climate change is having a major impact on the ability of forests to recover after forest fires. If temperatures remain high and rainfall low trees have difficulty re-establishing. Over long time periods this could change landscapes, reducing forest cover.

Water on the moon, we look at why it is there and what it does.

How humans are changing chimpanzee behaviour