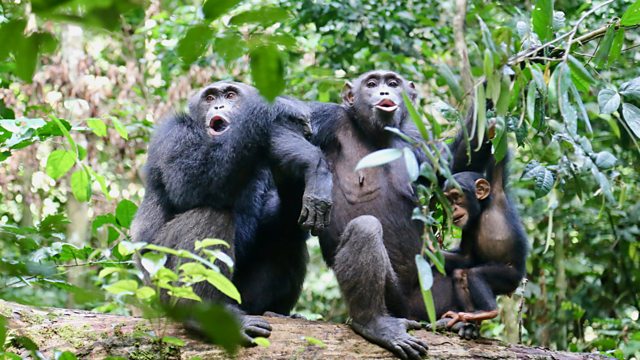 How humans are changing chimpanzee behaviour

The world’s largest study of chimpanzee behaviour has come to the rather negative conclusion that interactions with humans decrease the range of chimpanzee behaviours and may interfere with the way in which chimp parents pass skills to their offspring.
Chimps learn skills from swimming to digging for insects with sticks and exhibit a wide range of vocal communications. In environments where they may be living near humans such skills or behaviours are displayed less and may be replaced altogether with more human related activities such as raiding crops or rubbish dumps.

And in Mozambique the civil war of the 1990s had huge implication for animals in the Gorongoza national park, eliminating many of the large predators there. A study of a small deer species in the park has shown how prey animals can change their behaviour following a decrease in predators. In this case becoming less fearful.

Approaching the anniversary of the Fukushima nuclear explosion we look at the tiny particles of radioactive debris now providing clues as to what really happened.

And how about making plastic from unwanted atmospheric carbon dioxide? Sounds like an amazing solution, the catch is the huge amount of energy required to make such a process work.

Volcanic activity in the Comoros Islands