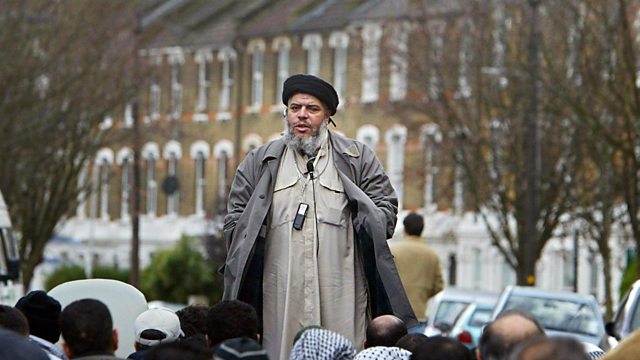 Reverend Stephen Coles is a vicar from north London, where he met radical cleric Abu Hamza al-Masri before his arrest in 2004. They have been pen pals since.

Reverend Stephen Coles is a vicar in the London neighbourhood of Finsbury Park. In 2001 he met extremist Abu Hamza al-Masri, who was then an imam at the local mosque. Abu Hamza is currently serving a life sentence in the US on terrorism-related charges. Reverend Coles has been corresponding with the radical cleric since his arrest in 2004.

In Fiji, most villages have a local chief. They act as a local government, raise money for the village and resolve disputes. The chief is usually a man, but there is a woman who is changing this tradition. Her name is Iva Batiki and Outlook's Katie Edwards went to meet her.

Jasmin Paris is an ultrarunner from the UK. She recently became the first woman to win the Montane Spine Race - dubbed "Britain's most brutal race" – and she even beat the record by 12 hours. It took Jasmin four days to complete the 268 mile course – with only seven hours of rest time, during which she had to eat, sleep and express breast milk. You can find more information about the race here: www.thespinerace.com.

Why I photograph sex workers