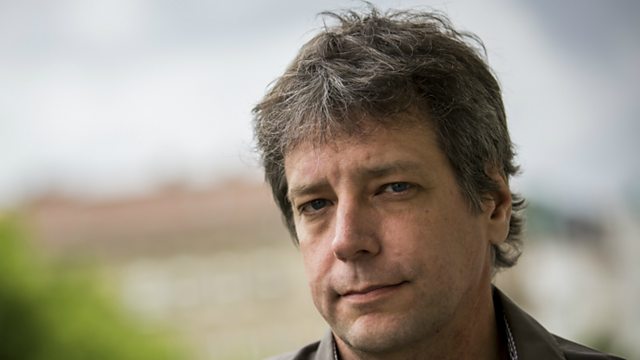 In 2012 journalist Michael Scott Moore was investigating kidnappings by pirates in Somalia, when he was captured himself. He was held hostage for two and a half years.

In 2012 journalist Michael Scott Moore was investigating kidnappings by pirates in Somalia when he himself was captured while travelling with an armed guard. The pirates took Michael to a ship they had hijacked. He tells Outlook's Emily Webb about his time in captivity - the special language the pirates used, the danger of trying to escape and how he and his captors once watched the Tom Hanks movie 'Captain Phillips' together. Michael has written about his experience in his book 'The Desert and the Sea'.

British Radio DJ Mim Shaikh made it his mission to find his estranged father. As a child Mim heard nothing of his father, so when he got older, he felt a powerful urge to look for him. Chasing family secrets, his search took him to Pakistan.

The Breaking Point of a Child Gymnast

Steve Jobs: The Father Who Denied Me