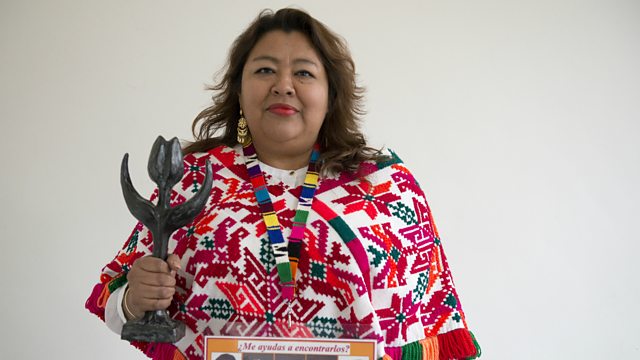 After her daughter disappeared in 2012, Graciela Perez Rodriguez made up her mind to try to help other people in Mexico who had lost their loved ones.

Six years ago Graciela Perez Rodriguez' 13 year old daughter Milynali disappeared while on a trip with her relatives. When Graciela was trying to find out what had happened to her, she began to realise how many people in Mexico had lost loved ones but not found their remains.
She made up her mind to change things and now dedicates her life to searching for people who have gone missing by collecting DNA samples from their relatives in a bio bank.

In 2011 a powerful earthquake struck in the Pacific Ocean off Japan, causing a series of huge waves that devastated the north-east coast. Nearly sixteen thousand people were killed, and several thousand more are still missing. Hundreds of thousands of people lost their homes, but one man - Japanese musician Nehito Ishida - has been creating something hopeful from the debris of the disaster. Outlook's Alessia Cerantola went to Nagoya, west of Tokyo, to meet him.

Dancing with Madonna Kept Me Alive

The Impact of Taking the Wrong Train