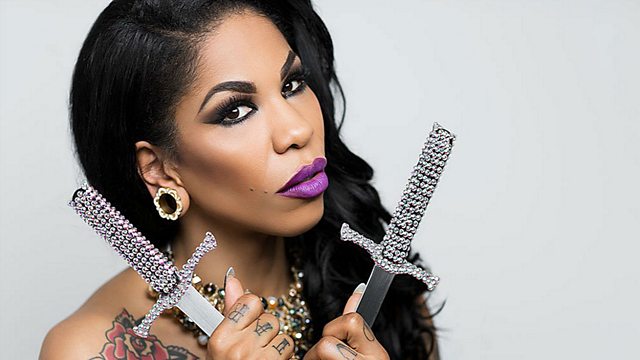 MisSa Blue from Germany started shocking audiences with her highly dangerous sword swallowing stunts after recovering from bulimia nervosa and deciding to turn her life around. In spite of a life-threatening accident that happened while she was performing, MisSa is back on stage wowing crowds.

Professor Douglas MacAyeal knows an awful lot about ice in Antarctica. He monitors the vibrations of ice breaking and with the help of a group of artists, he's turned that data into sound so it can be heard by the human ear.

Ben Crane is passionate about looking after hawks in the English West Midlands but it was after his son was born he realised how much they had helped him. Ben has Asperger's syndrome, but caring for the birds helped him to bond with his son. He's written a memoir called Blood Ties. Emily Webb went to meet him at his countryside home.

Alejandra Fierro Eleto, aka Gladys Palmera, is a Spanish radio DJ who has one of the world's biggest Latin American music collections, boasting 50,000 LPs and 40,000 CDs. Alejandra’s been talking to Outlook's Guy Hedgecoe about her passion.

Finding Out if my Mum Tried to Kill Me

A Note in the Wreckage of the Lockerbie Bombing