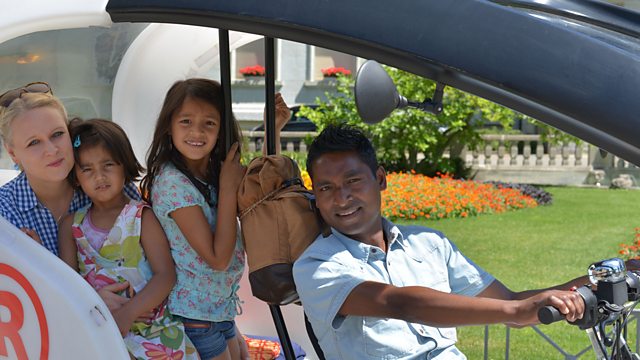 You Tuk-Tuk my Breath Away

When tuk-tuk driver Sohan Lal met a Swiss tourist Nadia, he was determined to marry her.

Sohan Lal started out shining shoes and then began driving a rickshaw. It was then he started meeting tourists and learning languages, which became his passport to the world. It was also how he met a Swiss tourist called Nadia and fell in love.

A mule called Wallace the Great has been shaking up the British equine establishment. The Olympic sport of dressage involves horses and ponies, looking their best, walking, trotting, cantering, and sometimes pirouetting in front of judges. Christie Mclean fought for Wallace the Mule to be included in the sport.

During the Holocaust, Nelly Ben-Or was a Jewish child on the run from the Nazis. But she would seek out pianos wherever she could find them and found a psychological escape in the instrument.

Born in Prison, Destined for Crime?