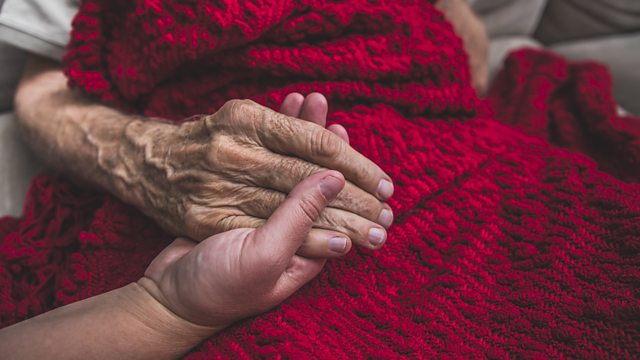 An American girl who refused to accept that baseball was for boys, a Bolivian shoe-shiner trying to shake off their bad reputation, and the man who helps people prepare for death.

A doula is someone who helps support a mother-to-be, and prepares her for what's to come. Henry Fersko-Weiss wondered why people who are dying don't get the same kind of support. So he came up with the idea of an end-of-life doula, and now trains people in the United States and elsewhere. He's helped thousands in their last moments.

For decades there was a rule in America that banned girls from playing league games in one of the country's most popular sports - baseball. That was until a determined 12-year-old came along. Outlook's Colm Flynn has been to meet Maria Pepe, who fought to get the rules changed in the 1970s.

You don't have to spend long in the Bolivian capital La Paz before you'll see people walking about with thick, black balaclavas on, and baseball caps pulled low over their faces. It's a sign that the person is a shoe-shiner. But shoe-shiners have a bad name in the city for dabbling in crime and drugs, hence the tendency to disguise their identities. Some are getting fed up with their reputation and are trying to change it. One of them has been taking our reporter, Jane Chambers, on a walk around the city.

Teaching Maths to My Former Enemies

Mandela - The Private Life of A Public Man