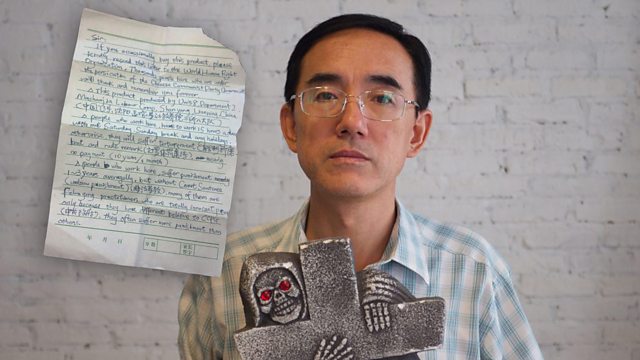 The SOS Note Hidden In a Halloween Toy

From a labour camp in China, Sun Yi wrote a secret message detailing the conditions there and smuggled it out in Halloween decorations.

From his labour camp in China, Sun Yi wrote a secret message detailing the conditions where he was being kept. He smuggled it out in Halloween decorations that were eventually bought in the United States. When Julie Keith found the SOS note, in a box of fake headstones, she contacted the local press and the story became international news.

The remote area in the south of Brazil where they host a biannual festival to celebrate twins. Cândido Godói is a town with one of the highest percentages of twins in the world. The town's occupants called in scientists recently to find out why there are so many twins and to dispel the myth that Nazi, Josef Mengele had something to do with it.

Tirej Brimo, the Syrian refugee who's recently received the Physician of the year award. After living 10 years in 4 different countries, he finally realised his dream of becoming a surgeon in 2016.

Image: Sun Yi and his letter which was found by Julie Keith
Credit: Marcus Fung

Pride and Pain of Being Mandela's Grandson

Two Men, a Boat and a Dramatic Rescue