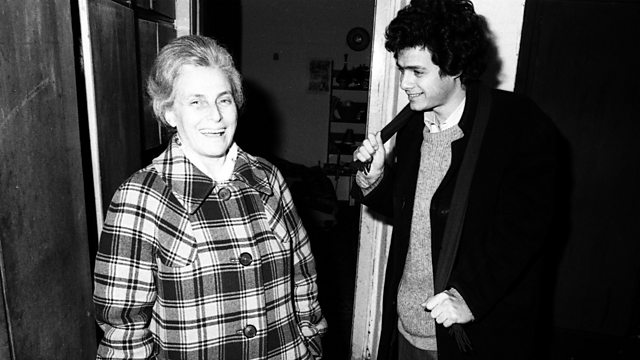 Hungarian writer András Forgách had always had a very strong relationship with his mother, Bruria. But Bruria had a secret: she was a spy.

It was almost by chance that Hungarian writer András Forgách stumbled across the secret service files on his family. Reading them revealed that his mother had conspired in the bugging of his own apartment. He wrote a book about this story called "No Live Files Remain".

In cities all over the world you can see "ghost bikes", single bicycles painted entirely in white and locked to a fixed object close to where a cyclist died on the road. To the cycling community the bikes act as a memorial and a reminder to passing motorists to share the road. Outlook's Sorcha Glackin meets Mirza Molberg, a New Yorker who creates ghost bikes in memory of his late girlfriend.

Keith Ineson is a farmer from the north of England. He spent 50 years hiding his sexuality and then set up a helpline to support other gay farmers.

Social Media star Ross Smith has a grandma that everybody is pretty jealous of. The pair make videos for social media platforms and they now have got 15 million followers.

My Father the FBI Fugitive