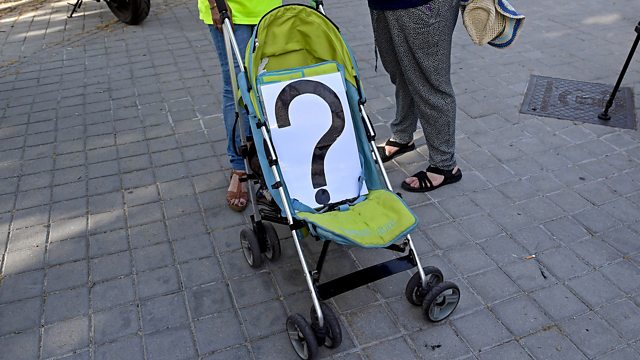 The Story of Spain's 'Stolen' Babies

Antonio Barroso and Juan Luis Moreno discovered they'd been bought by their families as babies. They told Neal Razzell their story.

Antonio Barroso and Juan Luis Moreno discovered they'd been bought by their families as babies. When they went public, they discovered that thousands of others had been through the same. They told Neal Razzell their story.

Rick Kelly is a guitar maker who makes music from the fading fabric of New York City. Outlook’s Colm Flynn went to the Manhattan workshop of a man whose odd approach is winning over some of the world's top talent.

James Mwenda and Zachary Mutai are looking after the last remaining northern white rhinos in the world. They’re based in Kenya and they’re both female so the subspecies is effectively extinct. Outlook’s Saskia Edwards spoke to them.

Most of us, to some degree, care about what we wear. But for some, stepping out in style can be a special challenge. In the US, Stephanie Thomas is trying to fix that. She’s dedicated herself to helping people with disabilities dress their best.

The Great Escape of Bonga