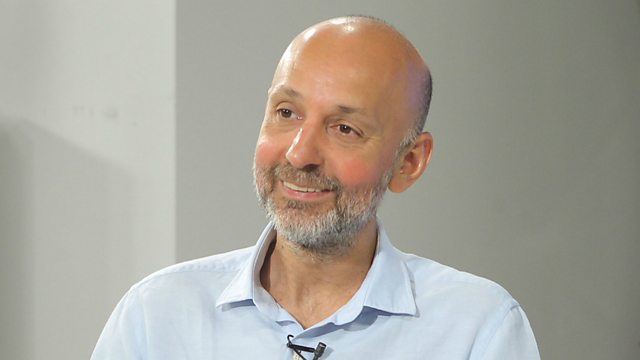 Fighting Discrimination with a Fairytale

Valeriu Nicolae is a European diplomat who grew up in Romania. He's also from a Roma background, and has faced discrimination for much of his life.

Valeriu Nicolae is a diplomat and NGO worker, who describes himself as a strategic survivor. Back when he was a child he was spurned by other Romanian children because he's Roma. He came up with an ingenious way to win them over, involving funerals and ice cream. The skills he developed to overcome discrimination have helped him in later life, and he's never looked back.

Do you get irritated when you can hear someone chewing their food? Or clicking their pen? Or tapping a desk with their fingers? There are some people for whom such sounds are excruciating, they actually really cause them a problem. Margot Noel from France is one of them. She told us about her condition, misophonia, which means a 'hatred of sound'.

Jitendra Haripal was the man behind 'Rangabati' a massive hit song in India in the 1970's. But his road to stardom was complicated by the fact he came from a lower caste Dalit background. Outlook's Suhail Haleem has been to meet him.

Kate Siegal was getting so many outrageous texts from her mum, Kim Friedman, that she decided they deserved a wider audience, so she published them on Instagram with the handle, Crazy Jewish Mum. The pair have become something of a comedy duo, with 800 thousand people hanging on to their every word.

Bringing Down The Man Who Gave Us HIV