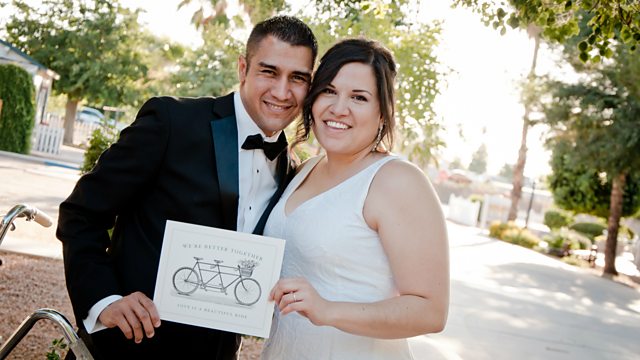 I Forgot I Loved My Wife

About four years into his relationship with his wife Raquel, Adam Gonzales lost his memory of ever having met her. So could they fall in love again?

What happens to a marriage when one partner loses their memory and has no recollection of ever having been in love with the other person? It happened to an American couple Adam and Raquel Gonzales in 2016, about four years into their relationship. They met in Phoenix, Arizona after Adam had moved there from Texas with his children.

Former nun Nelsa Curbelo wanted to stamp out the violent gang culture in Ecuador's most populous city, Guayaquil. But she did something different to most, she infiltrated the gangs and befriended the members. Nelsa even lobbied the government to let the gangs stay, but in a completely different form.

In 2013 Egyptian photojournalist Mahmoud Abou Zeid, better known as Shawkan, was arrested for covering protests by Muslim Brotherhood supporters in Cairo. He's still in prison and he might be facing the death penalty. But this week his life and work are being honoured by Unesco. They're awarding him the World Press Freedom Prize as a "tribute to his courage, resistance and commitment to freedom of expression". We hear some of the letters he's written in prison.

Outlook Weekend: The Laws of Love

Losing My Baby and Learning to Laugh