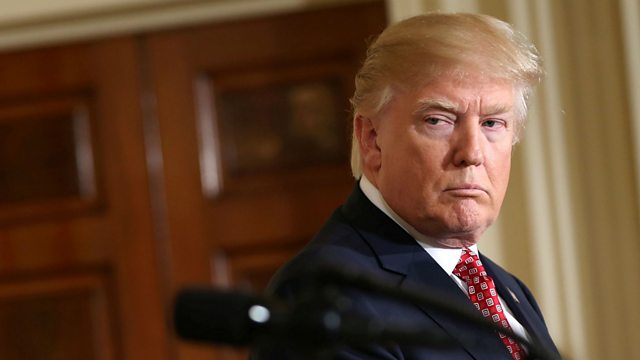 Has Donald Trump decided to sacrifice the Western alliance and the rules based international order in order to win short term trade concessions and put America first?

What is Donald Trump thinking? In one week he calls Canadian Prime Minister Justin Trudeau ‘dishonest and weak’ and then proceeds to boast of his ‘terrific relationship’ with the dictator Kim Jong-Un. In just a few days, he riles America’s closest allies at the G7 summit and then signs a nuclear deal with the country considered one of the biggest threats to international security. The president’s critics say he is tearing up the rule book without considering the consequences. His supporters say a new approach to international diplomacy is long overdue. So which is it? Has President Trump decided to abandon the military and political alliances that structured the post-World War II liberal order – or is he simply reminding old allies not to take the United States for granted? Is ‘the West’ dead – or is the alliance mutating into one where the US has more space to put itself ‘first’. On the Real Story this week, Ritula Shah and a panel of guests considers how we have arrived at this great disruption of the international order – and where the world is heading.

Who Should Be Let In?

Roland Paris, Professor of International Relations at the University of Ottawa, and the former foreign policy advisor to Justin Trudeau

Nathalie Tocci, is the Director of the Institute for International Affairs in Rome

Michelle Zilio, Parliamentary reporter on The Globe and Mail newspaper

Vyacheslav Nikonov, chairman of the Russian Duma's committee on education and science