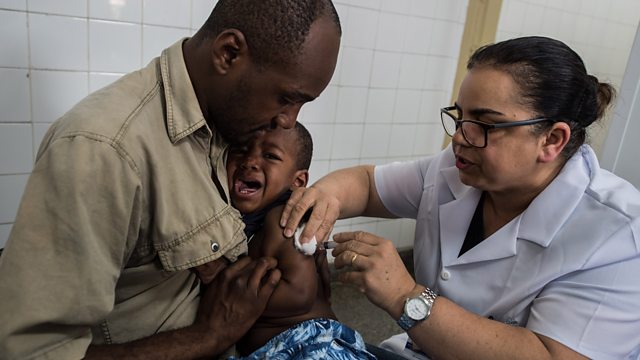 Does a Fifth of the Dose of the Yellow Fever Vaccine Work?

The yellow fever vaccine takes a long time to make and is frequently in short supply, so ten years ago scientists in Rotterdam came up with the idea of making it go further by giving people a fifth of the usual dose. This fractional dose vaccine was effective one year on, but there was uncertainty about how long immunity would last. After tracing many of those in the original Dutch trial and again testing their yellow fever immunity at the ten year point, it was found they still had protective levels of yellow fever-neutralising antibodies. Dr Anna Roukens, an infectious disease specialist at Maasstad Hospital in Rotterdam, worked on both the original and follow up study, the results of which have now been published in the Annals of Internal Medicine.

According to the World Health Organisation more than 120 million couples globally want contraceptives but do not have access to them or do not like the existing options. There is clearly a need for something different, but new forms of contraception are slow to come to the market. For several decades, there have been attempts to develop a contraceptive vaccine which works very differently from long-lasting hormonal injections. A 92 year-old scientist in India is currently leading the way. Chhavi Sachdev reports form the city of Delhi.

In the last couple of weeks psychologists in Canada and the UK have published two studies of two new, and rather curious techniques to improve memory retention. The first is to draw the things you are trying to remember and the second is to walk backwards. Catherine Loveday, Professor of Cognitive Neuroscience at the University of Westminster, talks Claudia through both of them.

(Photo caption: A boy cries as he is vaccinated against yellow fever – credit: Nelson Almeida/AFP/Getty Images)

Why Does It Take Longer to Get to Hospital in Poorer Areas of America?