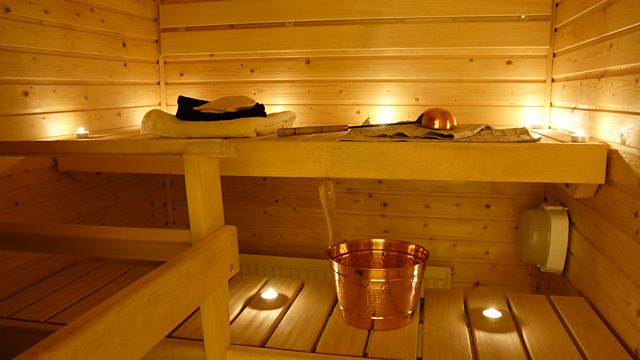 A Sauna a Day to Keep the Doctor Away?

Fewer strokes for Finns who take frequent saunas; health impact of burning rubbish in Lebanon; does the vaginal speculum need a re-design?

For Finnish people there is nothing more relaxing than sitting inside a hot sauna. And now a new study suggests that taking frequent saunas could reduce the risk of having a stroke. The researchers believe that the intense heat helps to reduce blood pressure, cutting the risk of stroke.

Since the closure a landfill site near Beirut, residents started to burn the rubbish which was building up on the streets of Lebanon. The Mount Lebanon region saw a 500% rise of cases of open burning. Respiratory doctors say the toxic fumes from the fires can put people’s health at risk, as Hugo Goodridge reports.

The smear test – or pap smear – is carried out to detect any changes in cells which might later on lead to cervical cancer. But for some women the test itself puts them off going – as it can be uncomfortable and embarrassing. In the UK the number of women going for screening is at its lowest rate for 19 years and for 30 in the US. The design of the vaginal speculum used today dates back to the Ancient Greeks – so could it do with a re-design, to make it more patient-friendly?

Action on Ebola Outbreak in the DRC