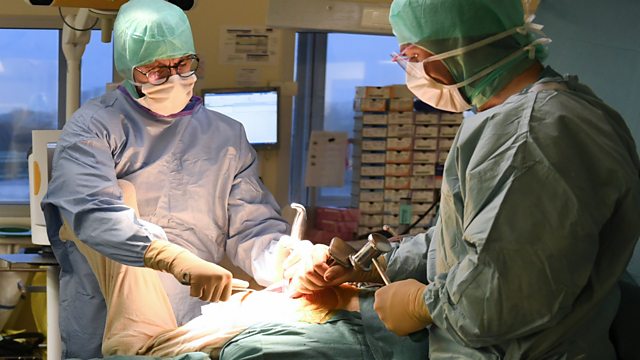 Could surgeons do with a “warm-up” before operations?; Free prescriptions for under-25s in Canada; use of evidence could improve vaccination rates

Do surgeons need to “warm-up” before they start an operation? New research from the UK shows that skilled surgeons speed up after the first operation of the day - especially if they repeat the same procedure on the next patient. A trainee surgeon and a neuroscientist analysed data from operating lists of highly-experienced surgeons in private hospitals – and now want to create a warm-up routine which could help all surgeons.

Prescription medicines are now free for everyone under the age of 25 in the Canadian Province of Ontario – an estimated 4 million people. Those behind the OHIP PLUS policy hope that the 1 in 10 Canadian families who have struggled to pay for medications will now be able to buy them. We hear from one woman who could not afford the drugs to control her epilepsy – and how some want free prescriptions rolled out to everyone.

This week is World Immunization Week – designed to concentrate efforts to improve the take-up of vaccinations. Gretchen Chapman who’s Professor of Social and Decision Science at Carnegie Mellon University in the US says that simple things like reminders are the best way to boost the number of vaccinations.

See all clips from Surgeons Need a Warm-up Routine (2)