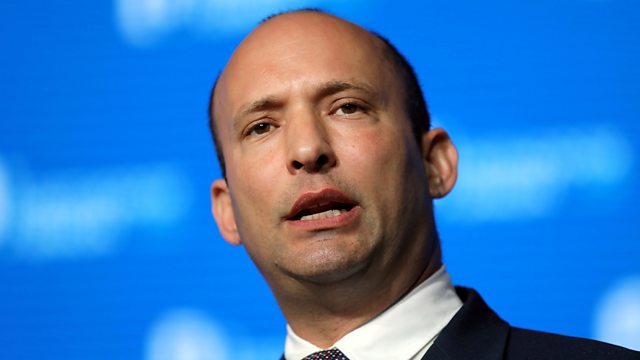 Are Israel's right wing factions putting their own interests before those of the nation? HARDtalk speaks to the country's Education Minister Naftali Bennett.

Israel’s seemingly indestructible Prime Minister Benjamin Netanyahu has dodged another political bullet. After the recent flare up of violence in Gaza, his defence minister quit and another key cabinet hawk- Naftali Bennett, said he would go too if he wasn’t given the defence portfolio. The prime minister called his bluff, and Mr Bennett, who speaks to HARDtalk’s Stephen Sackur has decided to stay put after all. What’s behind the chaos in Israeli politics? Are the right wing factions putting their own interests before those of the nation?