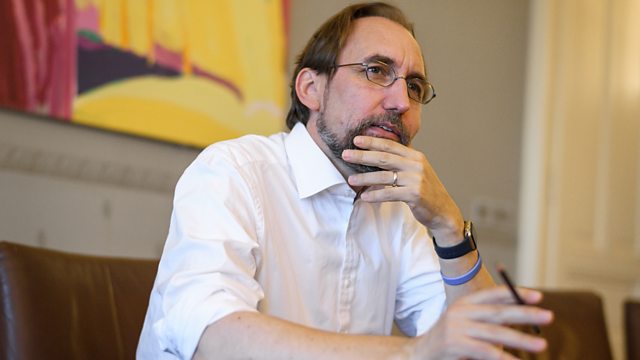 Was the outgoing UN human rights commissioner too vocal to be effective in the job? HARDtalk's Zeinab Badawi speaks to Zeid Ra'ad Al Hussein.

The United Nations Human Rights Commissioner, Zeid Al Hussein, is stepping down in August after four years in the post having said he doesn’t want a second term. In an exclusive interview the veteran Jordanian diplomat tells Zeinab Badawi why he didn’t want to stay in the job. After being criticised for being too outspoken – especially about the US president Donald Trump’s policies – was he too vocal to be effective in promoting human rights globally, or is that just what the job demands?