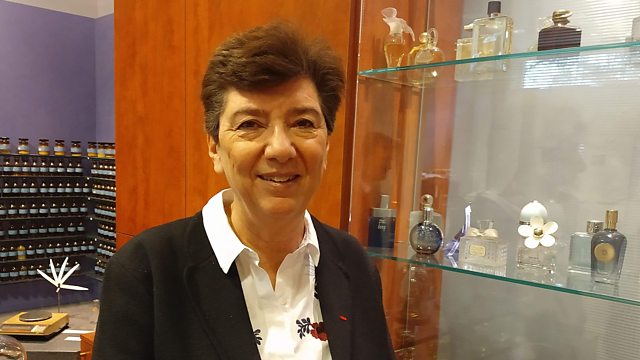 The notebook containing the secret recipe of one of the world’s most iconic fragrances, and the recreation of Ernest Beaux’s famous Soir de Paris.

Imagine finding a notebook containing the secret recipes of some of the world’s most iconic perfumes? Formulas normally kept under lock and key. That’s what happened to medical research scientist and trained chemist Andrew Holding. His grandfather Charles “Rex” Holding had been Chief Perfumer at the Bourjois Chanel factory in Croydon, near London, during the 1960s. After his death, he left behind a lifetime of perfume memorabilia; bottles of Chanel perfume, rare ingredients, fragrant soaps, and in amongst his things, the most fascinating of finds – a notebook with handwritten formulas, including one for Soir de Paris, written by one of the greatest of all perfumery biochemists – Constantin Weriguine.

Can Andrew recreate this almost one hundred year old fragrance? He travels to Versaille’s Osmotheque, the world’s only perfume archive, to smell the original 1928 scent. It’s where top perfumers – all chemists themselves - grant him access to the world’s rarest and sometimes now-forbidden perfume ingredients, and teach him how to mix a scent. And in constructing Soir de Paris, he learns about Constantin Weriguine, his grandfather ‘Rex’, and discovers if his skills as a chemist are enough to turn him into a top perfumer, or is fragrance more of an art than a science?