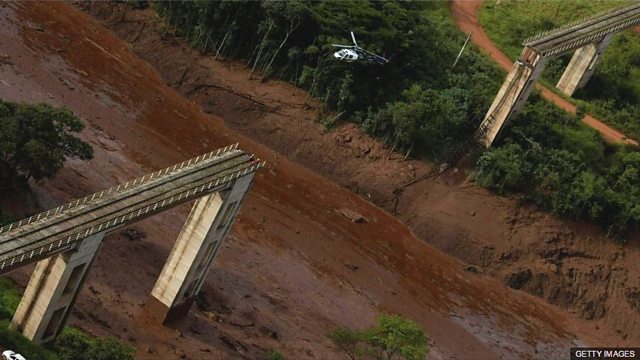 Technology Use in Brazil Dam Disaster

Brazil’s burst dam – can mobile data find survivors? Also turning thought into speech. Social media knows you even if you’ve never signed up and writing your own story.

Can mobile data help in finding survivors of Brazil’s burst dam? Technology is being used to try and find the hundreds of people still missing following the country’s worst environment disaster. But is it too late?

Turning Thoughts Into Speech
For the first time neuroengineers have created a system that translates thought into intelligible, recognizable speech. By monitoring someone's brain activity, the technology can reconstruct the words a person hears. Eventually this technology could help people who cannot speak due to illness, communicate again.

Social Media Knows You Even If You’ve Never Signed Up
A new study shows that privacy on social media is like second-hand smoke. It is controlled by the people around you and even if you have not signed up to social media, your friends who have may be unknowingly giving away information about you.

Writing Your Own Story
Broadcast media is always changing - the way we consume it; how we watch it; where we can watch it. But what we have is linear media, the order is set and we just choose a slightly different way to watch it. But a new technology is on the horizon which allows you to change a story live during the programme. Our reporter Jack Meegan has been finding out more.

Zimbabwe Internet Back Up