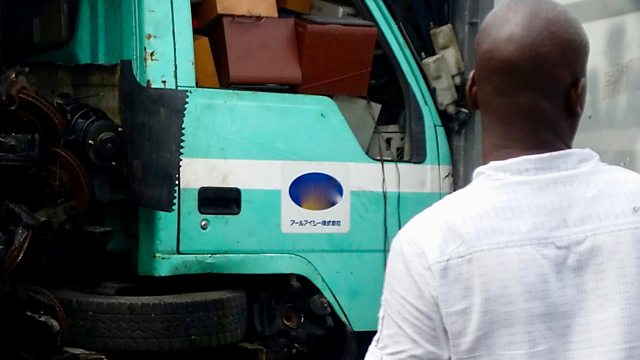 A new study shows that China is exporting e-waste to Nigeria, with a large amount coming in shipping containers and in vehicles via the country’s ports.

China is exporting 20,000 tonnes of electronic waste to Nigeria every year, according to a new study. This is the first time that e-waste has been traced from Asia to Africa. Researchers monitored two ports in Lagos and found that almost 70% of the e-waste reaching Lagos arrived inside vehicles destined for Nigeria's second hand auto market.

Rufus Pollock talks to Click about his new book "Open Revolution". He asks if the digital revolution will give us digital dictatorships or digital democracies. Forget everything you think you know about the digital age. It’s not about privacy, surveillance, AI or block chain—it’s about ownership, argues Rufus, because in a digital age who owns information controls the future.

The latest VR from the iX Symposium in Montreal – Kent Bye explains to Click’s Ghislaine Boddington about how our whole bodies will soon be immersed in the new wave of VR tech.

The so-called Albatross drone is one that can both fly and sail. The robotic system can cover a given distance using one-third as much wind as an albatross and traveling 10 times faster than a typical sailboat. Click meets Gabriel Bousquet from MIT, one of the researchers behind the “albatross drone”

Afrobytes – the Latest Tech from Africa