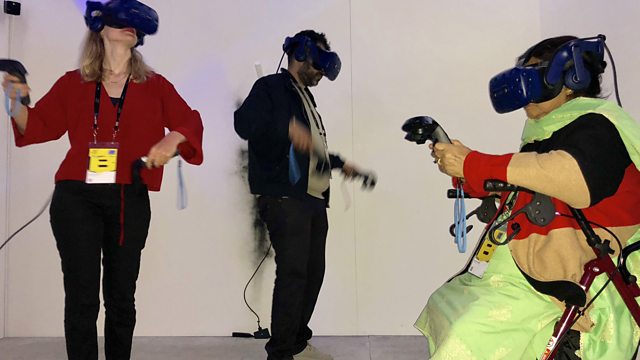 In a second edition from the Tribeca Film Festival, Click looks at advances in VR, including reflections on Hiroshima, war in Syria and a white man inhabiting a black man’s body

Click continues its two- the Tribeca Film Festival in New York looking at the advances made in virtual reality in documentary films and immersive experiences. In a special edition co-produced by Lauren Hutchinson, Gareth Mitchell talks to VR film-makers about embodiment where the person undergoing the VR experience is teleported into the body of a VR character and is subject to that foreign character’s experience, such as police brutality and racism. Click also reports on extraordinary VR experiences such as ‘Hero’ which transports viewers to the Syrian conflict and ‘The Day the World Changed’ which brings to viewers the harrowing impressions of the victims and survivors of atomic bombings and nuclear arms testing through first-hand testimonies, 3D scanning and photogrammetry.