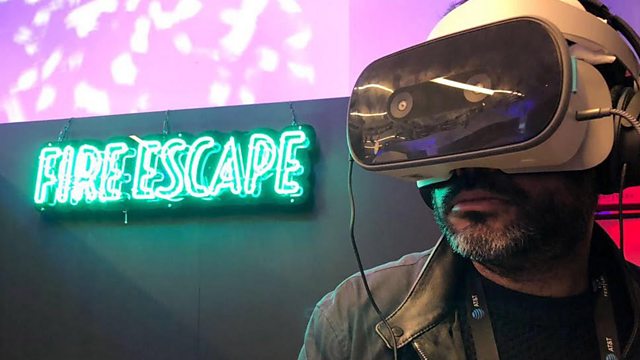 The Tribeca Film Festival is the leading AR and VR festival in the world. With VR pieces it can be difficult to tell a coherent story. These immersive films work best when they succeed in telling a narrative tale, as opposed to creating works that operate in a more game-like fashion. In the first of a special two-part series, co-produced by Lauren Hutchinson, Click’s Gareth Mitchell volunteers to have his body scanned through volumetric capture in order that his avatar might subsequently take part in a virtual environment. He also talks to the leading exponents of VR and AR film-making whose work ranges from simulation of airport interrogations through to tender reflections on death and bereavement.