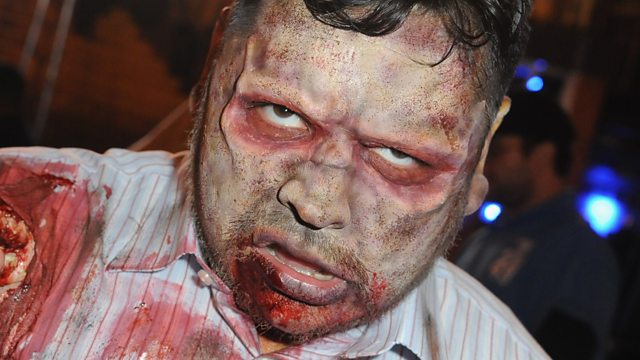 How bogus stats can get repeated again and again until they end up influencing policy at governments and major multilateral institutions.

How bogus stats can get repeated again and again until they end up influencing policy at governments and major multilateral institutions.

Ed Butler speaks to three people who claim they are struggling to slay these zombies. Ivan Macquisten is an adviser to the UK's Antiquities Dealers Association who actually wrote into Business Daily to complain about a previous programme that he claimed repeated false figures about the scale of looted archaeology from the Middle East finding its way into Western art markets.

Meanwhile, Kathryn Moeller of Stanford University describes how she never found the source of a claim widely quoted by international development agencies that girls are much more likely than boys to invest their income to the benefit of their household. And Rachel Kleinfeld of the Carnegie Endowment for International Peace explains the headache the UN faces in compiling international data about violent crime.

Also in the programme, Lazare Eloundou- Assomo of Unesco and the BBC's own Tim Harford.