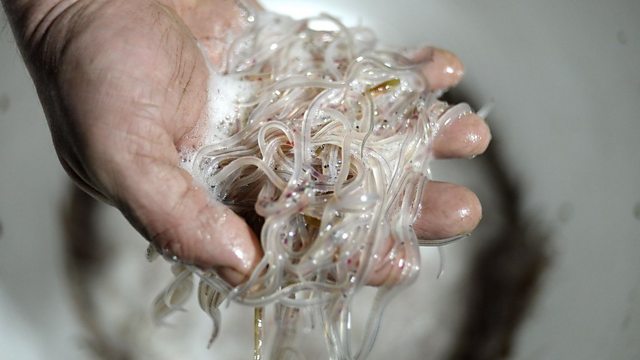 European glass eels are worth a fortune in East Asia, where they're regarded as a delicacy in restaurants in China and Japan. But the lucrative smuggling trade from Europe to Asia is contributing to their status as an endangered species. Ed Butler tries some eel in a restaurant in Japan while UN researcher Florian Stein describes the scale of the smuggling. Andrew Kerr, chairman and founder of Sustainable Eel Group, explains the risks to the species in Europe.

The Mug that Stood Up to the Mailman