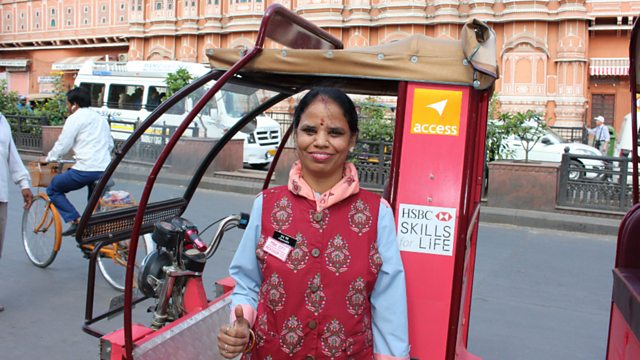 Why Do So Few Women Work in India?

Only 27% of women in India are in paid work, and participation rates are dropping. Why?

India has been developing rapidly over the past few decades. But in one way, it can still be very traditional. Women are often expected to stay at home after marriage. And that means only a quarter of Indian women are in paid work, according to the World Bank. So what's behind it? The BBC's Vivienne Nunis hears from Ajit Ranade, chief economist of Aditya Birla Group, and Radhika Kumari, founder of the Pink City Rickshaw Company, a team of female rickshaw drivers overcoming cultural barriers to break into a male-dominated field.

Bodyguards: Up Close and Personal