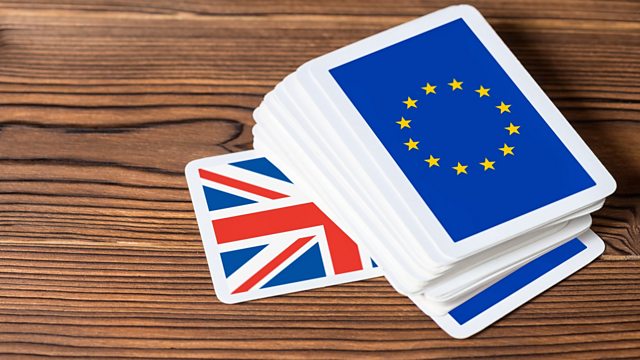 As EU and UK leaders gather in Salzburg for a crunch summit, which side holds the stronger hand? And will the argy-bargy ever really end?

As EU and UK leaders gather in Salzburg for a crunch summit, which side holds the stronger hand? And will the argy-bargy ever really end?

Ed Butler speaks to two Brits well versed in the art of European negotiations. Sir Michael Leigh used to work for the European Commission, where he was in charge of agreeing the terms on which countries could join the EU. Meanwhile Steve Bullock was a member of the UK's representation in Brussels until 2014, where he parlayed with European officials on behalf of the British government over the drafting of new regulations. Both say that the UK's withdrawal from the EU is proving a very unusual negotiation indeed.

And it's all horrendously complicated - a point well illustrated by a Brexit board game developed by Eurosceptic historian Dr Lee Rotherham, which Ed struggles to make sense of.

(Picture: Pack of cards with EU flags on the back, and one card showing the British flag; Credit: a_lis/Getty Images)

The Trouble With Bike Sharing