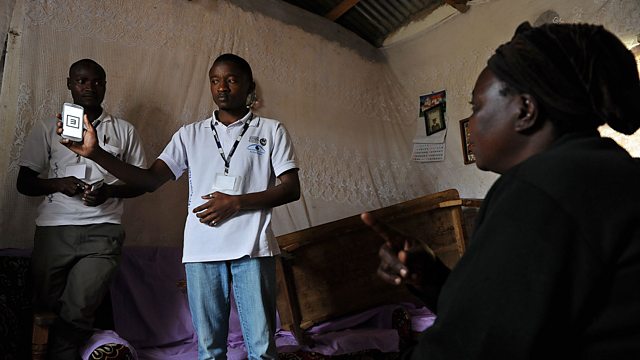 Tech Solutions for the Poor

How can we think differently about some of the most entrenched economic problems facing the poor?

How can we think differently about some of the most entrenched economic problems facing the poor? Jane Wakefield finds out how tech can cure blindness in Africa from ophthalmologist Dr Andrew Bastawrous, Co-Founder and CEO of Peek. Pediatrician Lucy Marcil from Streetcred tells her why a tax form in a doctors office can help poor families in the US lift their economic prospects, plus DeAnne Salvador from RETI tells her how she helps low income families to access technology to lower their energy costs. And Romain Lacombe, CEO & Co-Founder of Plume Labs says he is dedicated to raising awareness about air pollution and has created a personal electronic pollution tracker.

(Picture: A woman being tested with a smartphone visual-test application in her home in Kianjokoma village, near Kenya's lakeside town of Naivasha. Credit: AFP/Getty.)

Economists in the Doghouse

Banks and the Wealth Gap