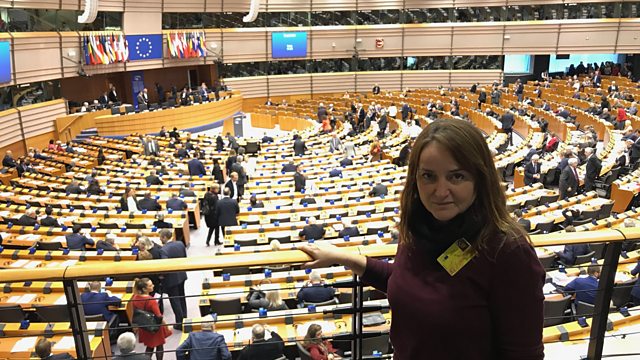 Could the European Parliament elections plus Brexit next year together provide the death knell for the European federalist dream?

Could the European Parliament elections plus Brexit next year together provide the death knell for the European federalist dream? Populist parties from the far right and far left across Europe hope to take control of the heart of Europe at the 2019 elections.

Manuela Saragosa reports from the parliamentary building in Brussels, in the last of our five programmes this week looking at the future of Europe. She meets two Brits whose careers were thrown into turmoil by the Brexit referendum in 2016. Simone Howse has been told that she can keep her job as an interpreter in the plenary chamber even after her home country leaves the EU. But MEP Catherine Bearder, along with her 72 compatriots, will be turfed out when her current term ends in July.

But what fears do the they and others in Brussels have of a looming populist takeover of parliament? What will it mean for the future direction of the European project? Is it the end of federalism? Someone who hopes so is the pro-European but anti-federalist Czech MEP Jan Zahradil.

#MeToo: Why the Backlash?