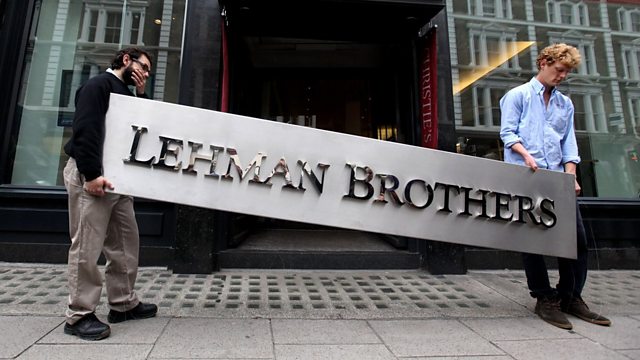 Looking Back at Lehmans

Ed Butler talks to historian Adam Tooze about the legacy of the 2008 financial crisis.

Ed Butler talks to historian Adam Tooze about the legacy of the global financial crisis, which peaked with the collapse of Lehman Brothers in September 2008. Adam Tooze is a professor at Columbia University in New York and the author of a new book Crashed: How a Decade of Financial Crises Changed the World. He argues that the reverberations of 2008 are still defining much of our political and economic life, from the rise of Donald Trump in the US to youth unemployment and economic policy in Europe.

(Photo: Lehman Brothers sign being carried to an auction in London in 2010, Credit: Getty Images)

The Rise of the Chinese Tourist

Traumatised by the Great Recession