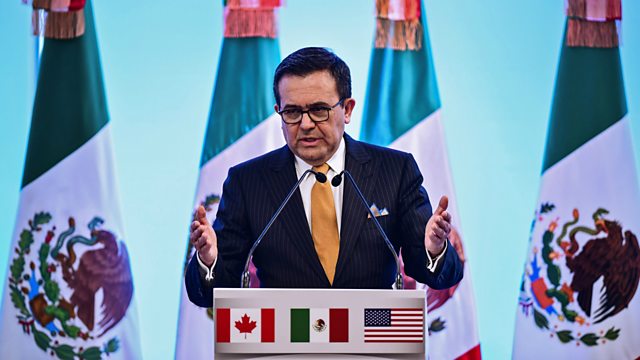 As NAFTA talks grind on, thousands of skilled workers wonder if they will keep their jobs.

As NAFTA talks grind on, thousands of skilled workers wonder if they will keep their jobs.

A Trade NAFTA or "T-N visa” allows citizens of Canada and Mexico to work in the US in a range of job categories. It could now be in jeopardy as the Trump administration seeks to renegotiate the trade agreement by the end of the year.

Also: There is a shortage of summer workers in Cape Cod, partly due to changes to a temporary worker visa program; as the US and China talk trade and tariffs, some in Shanghai wonder what it will mean for them; the end of Temporary Protected Status for some immigrants has an unexpected impact on US labour unions; plus we find out how TV reporter Lisa Howard changed the course of the Cold War.